You are here: Home / The Hill House – Building 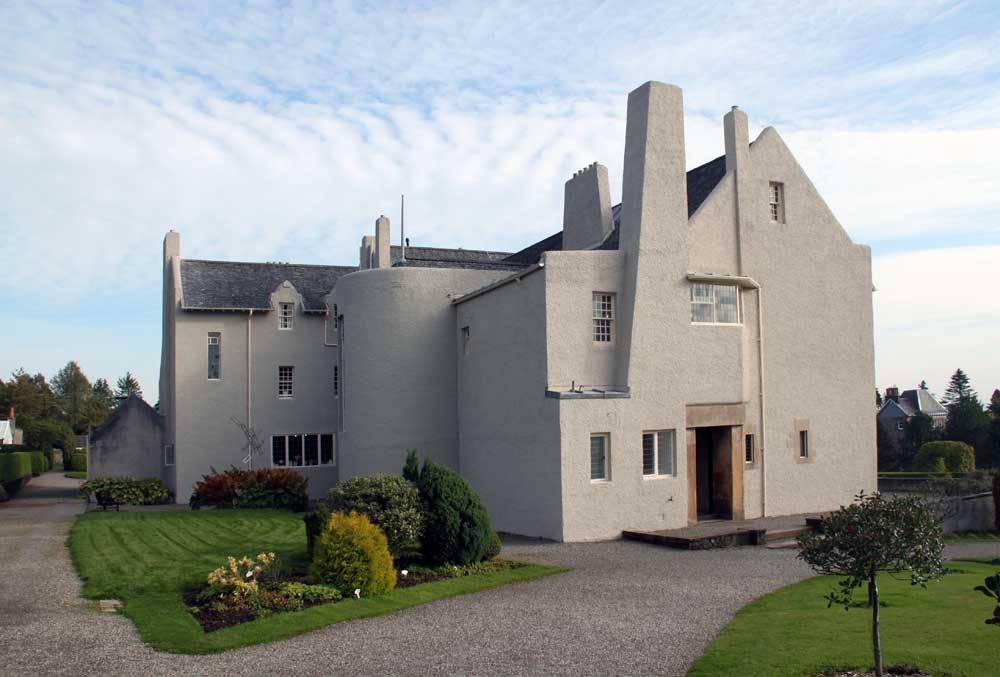 The Hill House in Helensburgh is Mackintosh’s domestic masterpiece.

It was designed and built between 1902-1904 for Walter Blackie, the successful publisher. It was Talwin Morris, the art director of Blackie & Co, who suggested Mackintosh for the job.

When Mackintosh came to visit Blackie to be interviewed, he saw in the hall a piece of furniture that he had designed while still at Glasgow School of Art. Blackie saw him looking at it and told him that it was his favorite piece of furniture in the whole house, and when Mackintosh told him that it was he who had designed it, Blackie was very impressed indeed.

Once it was agreed that Mackintosh should do the work Mackintosh asked to stay with the family so that he could understand how they lived, how they used the various rooms, and their various likes and dislikes regarding the placing of furniture and suchlike.

It was this designing from the inside, with an appreciation of the function of each room and how each space flowed onto the next, rather than designing a shell and then making rooms fit within it that was so revolutionary.

Blackie wanted a plain family house, coated with grey rough caste and with a slate roof, and this suited Mackintosh completely. He was therefore allowed full rein for his ideas.

Margaret worked more on the interior of the house and designed and made several important design elements, but her most important work was the Sleeping Princess gesso panel set into an alcove above the fireplace in the Drawing Room. This, like all her gesso panels, was really the spiritual center of the house and was completed in 1906.

Many years later, in 1985, Agnes Blackie, who had lived in the newly completed house, remembered watching Macdonald working on this panel, and described how she “used a piping bag like you would if you were decorating a cake, and how then she stuck things into the plaster. It was very beautiful.”

It was this conversation, recorded by Alistair Moffat, that enlightened Jenny and myself as to the technique that Margaret Macdonald used to create her gesso panels.

These raised lines just might have been inspired by the Staffordshire pottery she saw while growing up at Chesterton Hall.